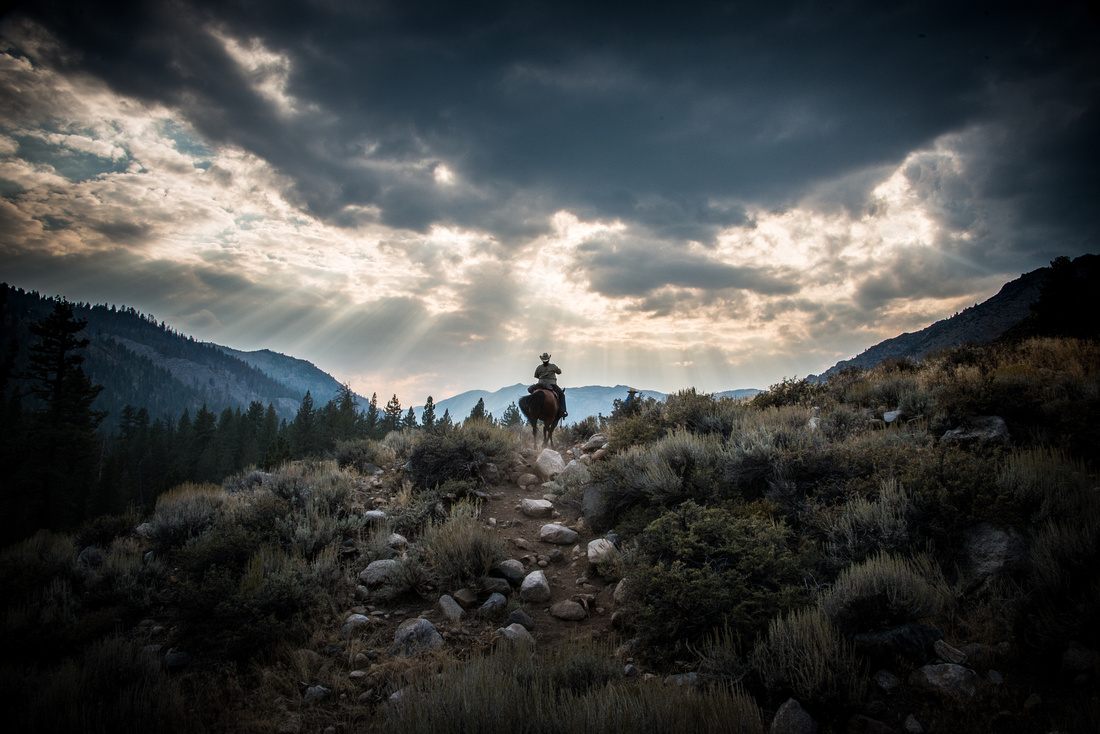 It was time to gather the cows and their calves out of the Buckeye Canyon which runs back into the rugged mountain sides of the Eastern Sierra Mountains. Thunder storms had been threatening all day but the weather could not be a deterrent, we had to get those cows down to the valley floor. I was riding right behind this cowgirl on a narrow dirt trail. She had just crested the top of a big gully as I was starting to go down the opposite side. She was riding right into the God Rays as the sun was starting to set in the western sky. I have ridden with this cowgirl many times over the years and I could tell in the way she was setting her horse that she was “in heaven”.

I asked my horse to halt as I pulled my camera from its holster and quickly made the shutter and  aperture adjustments and started shooting away, hoping to capture the moment, the emotions and feelings we were both experiencing

This photo has won several awards and I have sold many of them, but the greatest reward was capturing that moment for that cowgirl. She was given a copy of this photo which she says she looks at everyday.

As a wrangler for the Hunewill Ranch I have spent many hours in the saddle riding the Eastern Sierra Mountains and the high deserts of N. Nevada. I try to capture my experiences in my photography and preserve the memories I have developed riding in this beautiful country.